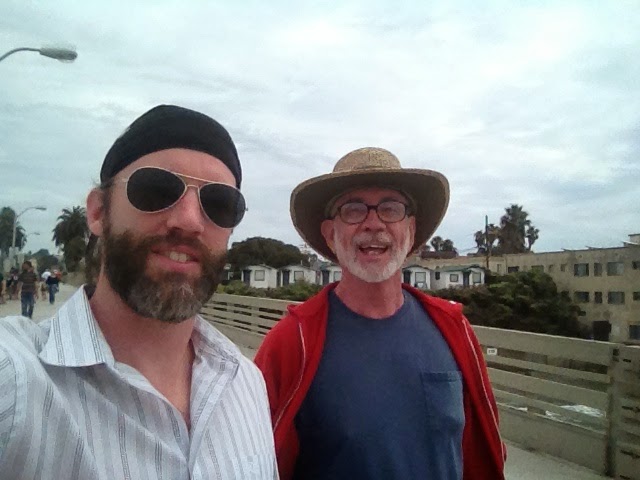 Brian Adams (right) has over 50 years dedicated experience in fighting arts.  His mentors have included Ed Parker, Bruce Lee, Dan Inosanto, David German, and many others.  He has sought truth within the martial arts and has avoided common traps in the community.  His system, IMA, is a quickly learned, efficient method of producing adaptable and capable warriors in many ranges of combat.  It examines entries, close range tactics, environmental resources, stick jiu jutsu and a wide variety of weapons.   For a more complete history visit http://integratedmartialarts.net/about.html

Spencer Bolejack (left) has 25 years dedicated experience in martial arts and directs LOTSWild LLC.  His mentors have included Chuck Blackburn, Moti Nativ, Ed Martin, Sean Kennedy, Eustace Conway and Brian Adams.  Most known for his role in the TV show Hillbilly Blood, "2 Dogs" developed a system of survival and wilderness training that covers a variety of response options based on his experiences within military and civilian circles.

"As an Intelligence officer and paratrooper, I appreciate the realistic training that Spencer offers his students."  Pete Hale, 82nd Airborne

"In all my 50 years you meet a few young men like Spencer. He has a strong presence in any situation. . . he lives with caring, compassion, and good nature."  Richard Pinckney, U.S. Army Target Interdiction


"Spencer is a great teacher to the young and old alike. His knowledge and skills are of the utmost importance ..." Sgt Eric Gobert, Military Police U.S. Army

"I would desire to have Spencer in my unit ahead of any other soldier I have served with ... you can count on him to get the job done."  Colonel Ken Day (retired), Special Forces A-Team leader, Delta, Marine Recon, and Air Force